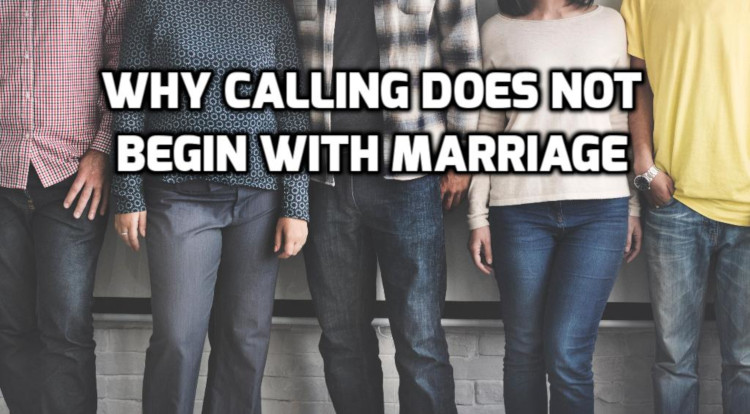 I ran across this quote in a book:

“[When] you have nothing but death to look forward to and nothing but memories to look back on, what will you need to see in order for you to come to the conclusion, ‘My life was a success’?”

While I realize the author was not writing with theological precision, but rather intended to be thought-provoking, it sparked this question:

Is it possible for a follower of Christ to have “nothing but death to look forward to and nothing but memories to look back on”?

According to Psalm 139, ALL our days were ordained, that is, planned by God.

My frame was not hidden from you when I was made in the secret place. When I was woven together in the depths of the earth, your eyes saw my unformed body. All the days ordained for me were written in your book before one of them came to be. – Psalm 139:15-16 (emphasis mine)

As Hebrews says, each of us is running a race (Hebrews 12:1-2). We are not on random paths subject to the winds of change and the pitfalls of our own mistakes.  The race course is personally set by God to result in both His glory and our good.  Not just our good — our best.

If you’re still breathing, the race is not yet over and you have a calling yet to fulfill.

Do you believe that? We say we believe God has a calling for us, but then frequently woman tend to ignore it based on our marital status.  We mistakenly assume that God has one plan for all women: marry, conceive children, raise children and become a grandmother.  Consider the stories of women you know and you’ll quickly see God does not have a “one-plan-fits-all” calling for women.

Single women are tempted to believe that their race is on hold until the right man comes along.  The temptation during singleness is to live as if  we are still at the starting line waiting for the race to begin.  But singleness is every bit a calling that marriage is.  And we ought to embrace it as such, seeking God’s will and trying to learn whatever He wants to teach us during that season.

Married women tend to believe that God has a plan for our husbands, and we are cheering spectators helping him run.  When we act as if God’s plan for us involves being only a supporting actress in our husband’s plan, we are in danger of becoming spectators rather than actively using our gifts.  Yes, it is true that if you are married God has called you and your husband to  run the race in tandem.  But each of you must run the race.  Married women are not simply tagging along the sidelines of God’s plan for their husbands.

If you’re on the other side of marriage either through death or divorce, it’s tempting to think your race is over.  God’s plan is not over if you are no longer married. You may be dealing with regrets, grief and loss,  but God never promised us the race would be easy and downhill.  In fact He promises the opposite (1 Peter 1:6-9).

Photo by rawpixel on Unsplash
(This article has been read 282 times plus 1 today.)