Paul is laboring to nurture a strong mature faith among his readers. He struggles to make the truth of the gospel crystal clear so that our understanding reaches settled conviction and full assurance such we have the courage to follow Jesus no matter what.

Paul has prayed that his readers would grow in spiritual wisdom and understanding such that they would be grateful in the midst of hardships.  Specifically what they need to understand is that Jesus is the visible representation of the invisible God to all of creation.  He concludes that they stand to benefit from the work of Christ ONLY if they persevere in genuine faith. Choosing to follow Jesus is a choice to forsake other philosophies and other worldviews.

1:24Now I rejoice in my sufferings for your sake, and in my flesh I am filling up what is lacking in Christ’s afflictions for the sake of his body, that is, the church, 25of which I became a minister according to the stewardship from God that was given to me for you, to make the word of God fully known,  26the mystery hidden for ages and generations but now revealed to his saints.  27To them God chose to make known how great among the Gentiles are the riches of the glory of this mystery, which is Christ in you, the hope of glory.  28Him we proclaim, warning everyone and teaching everyone with all wisdom, that we may present everyone mature in Christ.  29For this I toil, struggling with all his energy that he powerfully works within me. 2:1For I want you to know how great a struggle I have for you and for those at Laodicea and for all who have not seen me face to face,  2that their hearts may be encouraged, being knit together in love, to reach all the riches of full assurance of understanding and the knowledge of God’s mystery, which is Christ, 3in whom are hidden all the treasures of wisdom and knowledge. – Colossians 1:24-2:3

Paul was arrested for preaching that the Gentiles can also be saved through Christ (Acts 22).  He is urging them to remember what’s at stake in the gospel and hoping his suffering will not be in vain because they have turned away.  What has he suffered?

2Cor 11:24  Five times I received at the hands of the Jews the forty lashes less one.  25Three times I was beaten with rods. Once I was stoned. Three times I was shipwrecked; a night and a day I was adrift at sea;  26on frequent journeys, in danger from rivers, danger from robbers, danger from my own people, danger from Gentiles, danger in the city, danger in the wilderness, danger at sea, danger from false brothers;  27in toil and hardship, through many a sleepless night, in hunger and thirst, often without food, in cold and exposure. 28And, apart from other things, there is the daily pressure on me of my anxiety for all the churches.  – 2 Corinthians 11:24-28

Paul “fills up what is lacking in Christ’s afflictions” in the sense that he carries on the work that Christ began.

Matt 5:11  “Blessed are you when others revile you and persecute you and utter all kinds of evil against you falsely on my account. 12Rejoice and be glad, for your reward is great in heaven, for so they persecuted the prophets who were before you.  – Matthew 5:11-12
Matt 10:22  and you will be hated by all for my name’s sake. But the one who endures to the end will be saved. 23When they persecute you in one town, flee to the next, for truly, I say to you, you will not have gone through all the towns of Israel before the Son of Man comes. 24″A disciple is not above his teacher, nor a servant above his master.  – Matthew 10:22-24

Specifically Paul suffers because he preached that the Gentiles are fellow-heirs of the gospel.

Paul sees his job as not “reach, preach and leave”. He sees his job as to present every person complete in Christ, such all his hearers embrace the gospel such that they persevere to the end.

Ultimately the challenge of this passage is not how have you suffered for Christ.  Rather it is have you fully understood the hope of the gospel? 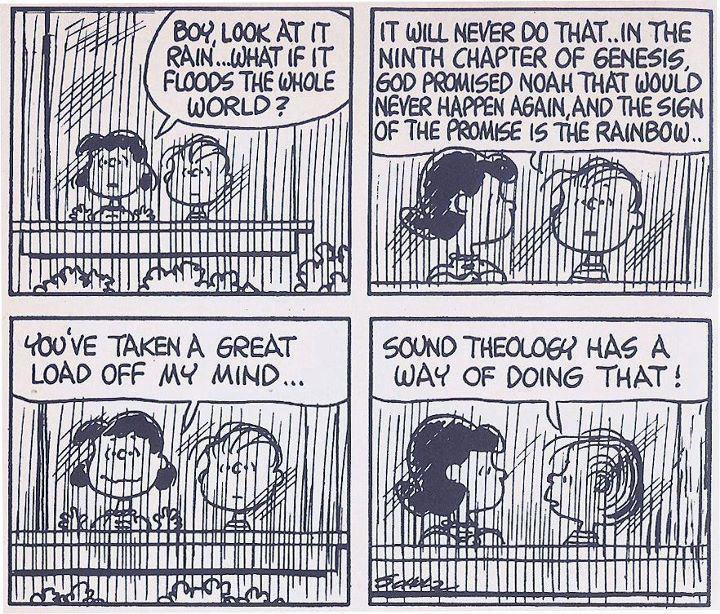 Series: Colossians: Getting the Gospel Right

Photo by Ben White on Unsplash