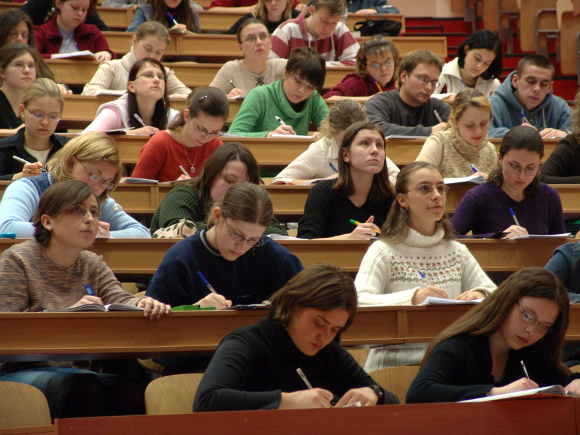 The British TV Series Bramwell  follows the trials of a female physician in 1895.  In the series pilot, we are invited to ridicule best medical practices of the day (e.g. removing a healthy women’s ovaries to “cure” depression in an operating theater where unmasked, non-scrubbed students clap, jeer and ignore Dr. Bramwell’s superior advice about the risks).  From our historical viewpoint, we are amazed at how mistaken — even barbaric — the medical knowledge of the late Victorian era was.  Yet the best minds of the day adamantly maintained they were right.

CS Lewis coined the term “chronological snobbery” to describe the assumption that the philosophy, art, science and knowledge of previous generations are inherently inferior to today’s thought.  Bramwell plays into our natural tendency to think our generation is the first to finally “get it right.”

Are we to believe NT Wright, like Dr. Bramwell, is the first to get it right?

In NT Wright’s Surprised by Hope, Wright claims the church through the centuries has mistakenly placed too much emphasis on individual salvation.

The whole point of my argument so far is that the question of what happens to me after death is not the major, central, framing question that centuries of theological tradition have supposed. The New Testament, true to its Old Testament roots, regularly insists that the major, central, framing question is that of God’s purpose of rescue and re-creation for the whole world, the entire cosmos. The destiny of individual human beings must be understood within that context — not simply in the sense that we are only part of a much larger picture but also in the sense that part of the whole point of being saved in the present is so that we can play a vital role (Paul speaks of this role in the shocking terms of being “fellow workers with God”) within that larger picture and purpose…..

If what I have suggested is anywhere near the mark, then to insist on heaven and hell as the ultimate question – to insist, in other words, that what happens eventually to individual humans is the most important thing in the world – may be to make a mistake similar to the one made by the Jewish people in the first century. (N.T. Wright, Surprised by Hope, New York: HarperCollins, 2008, pg. 184-185, emphasis mine)

Can we so easily and quickly brush away “centuries of theological tradition”?  Chronological snobbery cuts both ways.

We can rejoice watching Bramwell in how much more medical knowledge our generation has gained.  But we can also learn from Bramwell that 100 years from now today’s best medical practices will be equally ridiculed.

I wonder how future theologians will view the debate NT Wright has sparked.  Will he be seen as a “Bramwell” advancing theological knowledge ahead of his time or as the old-guard Victorian surgeons who we now know were sincere but wrong?

Apart from the authors of the Scripture, I greatly respect five theologians:  Augustine of Hippo, Martin Luther, John Calvin, Jonathan Edwards, and Thomas Aquinas.  When all 5 of them agree on an issue, I pay close attention.

To the best of my knowledge, on issue of whether the gospel of Jesus Christ is about saving individual souls from hell or about God using His people to redeem the cosmos, all 5 of them agree with each other and disagree with NT Wright.  I’m not ready to abandon these 5 for Wright bandwagon — despite my chronological snobbery.