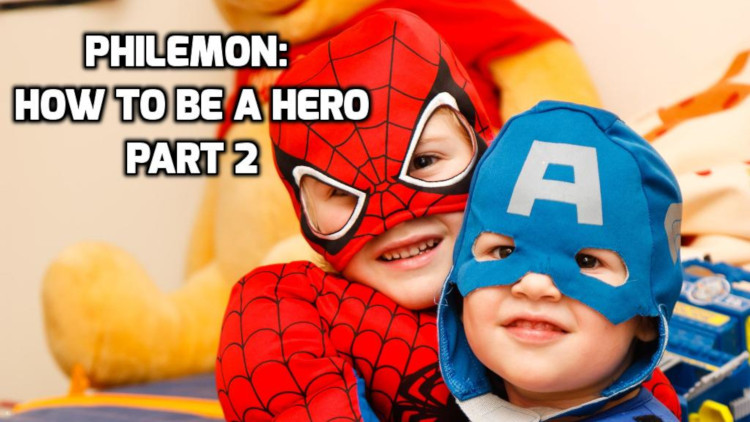 The Epistle to Philemon is a private letter written by the Apostle Paul. Along with the letter, Paul is sending Onesimus, a slave who ran away, back to Philemon. This letter appeals to Philemon to take the right action and free Onesimus, but it speaks volumes to us today about how to live our daily lives.

I am sending him back to you, sending my very heart. 13I would have been glad to keep him with me, in order that he might serve me on your behalf during my imprisonment for the gospel, 14but I preferred to do nothing without your consent in order that your goodness might not be by compulsion but of your own accord. 15For this perhaps is why he was parted from you for a while, that you might have him back forever, 16no longer as a slave but more than a slave, as a beloved brother–especially to me, but how much more to you, both in the flesh and in the Lord.  17So if you consider me your partner, receive him as you would receive me. 18If he has wronged you at all, or owes you anything, charge that to my account.  19I, Paul, write this with my own hand: I will repay it–to say nothing of your owing me even your own self.  20Yes, brother, I want some benefit from you in the Lord. Refresh my heart in Christ.  21Confident of your obedience, I write to you, knowing that you will do even more than I say.  22At the same time, prepare a guest room for me, for I am hoping that through your prayers I will be graciously given to you.  23Epaphras, my fellow prisoner in Christ Jesus, sends greetings to you,  24and so do Mark, Aristarchus, Demas, and Luke, my fellow workers. 25The grace of the Lord Jesus Christ be with your spirit. – Philemon 1:12-25 ESV

Application: How to be a hero

Photo by Steven Libralon on Unsplash