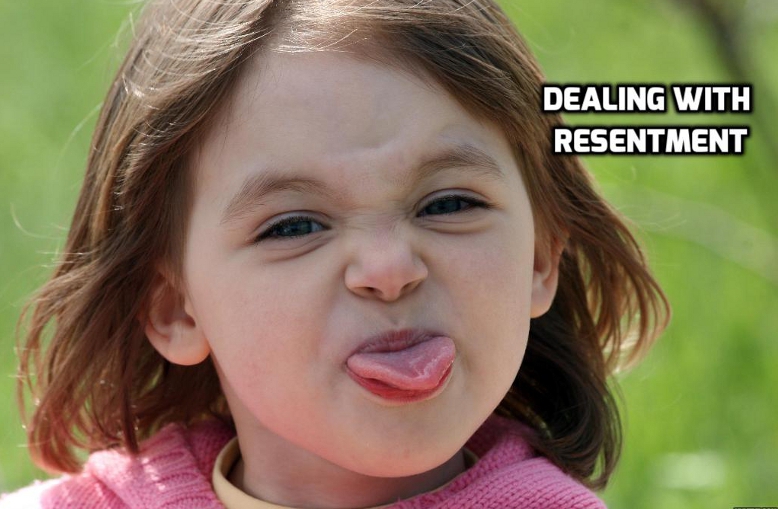 How do you respond when life isn’t fair? It’s easy to grow frustrated with our own lot in life and resent those who seem to have it better.

Consider Miriam, a prophetess who was also the big sister of Moses.

Most of the glimpses Scripture gives us of Miriam show courage and enthusiasm for God.  As a child Miriam is instrumental in ensuring that baby Moses is safely with Pharaoh’s daughter (Exodus 2).  After crossing the Red Sea, she leads the people in a dance of praise to God (Exodus 15:20-21).

Since she’s identified as a prophetess, presumably God used her to encourage and comfort His people during the time Moses spent in the Midian wilderness caring for his father-in-law’s sheep.

When Moses returns from his exile, his role serving God increases and Miriam’s role is diminished.  She resents it.

Instead of occasional visions or dreams from God, God spoke to Moses as a man speaks to his friend — clearly and unambiguously.  Because of the newly revealed Law, the people now have an expanded knowledge of God and are not dependent on prophets like they used to be.

Prophets, like Miriam, are less necessary.   And it all started with her little brother, Moses.  She vents her frustration.

Then Miriam and Aaron spoke against Moses because of the Cushite woman whom he had married (for he had married a Cushite woman); and they said, “Has the LORD indeed spoken only through Moses? Has He not spoken through us as well?” And the LORD heard it.  – Numbers 12:1-2

And God acts swiftly. He hears in verse 2; He calls a meeting in verse 4; He chastises Miriam and Aaron verses 5-8;  and He leaves in verse 9.

He said, “Hear now My words: If there is a prophet among you, I, the LORD, shall make Myself known to him in a vision. I shall speak with him in a dream. Not so, with My servant Moses, He is faithful in all My household; With him I speak mouth to mouth, Even openly, and not in dark sayings, And he beholds the form of the LORD. Why then were you not afraid To speak against My servant, against Moses?” So the anger of the LORD burned against them and He departed.  But when the cloud had withdrawn from over the tent, behold, Miriam was leprous, as white as snow. As Aaron turned toward Miriam, behold, she was leprous.  – Numbers 12:6-10

The result of his intervention is the Miriam is leprous, the most feared and hated disease of the ancient world.  She is quarantined outside the camp for seven days and then restored.

Why did God act so swiftly and decisively — and seemingly so harshly?

God loves her too much to ignore her problem. He wants her to confront the bitterness darkening her heart.  Leprosy does on the outside what resentment does on the inside.

God never promised that life would be fair.  He did not promise that we would all be equally wealthy, happy or successful.

But He has promised us the same Lord, the same grace and the same salvation.  When it matters, we’re equal.  Nobody has more of Christ.

In the meantime, we should focus on the good and not the glory.