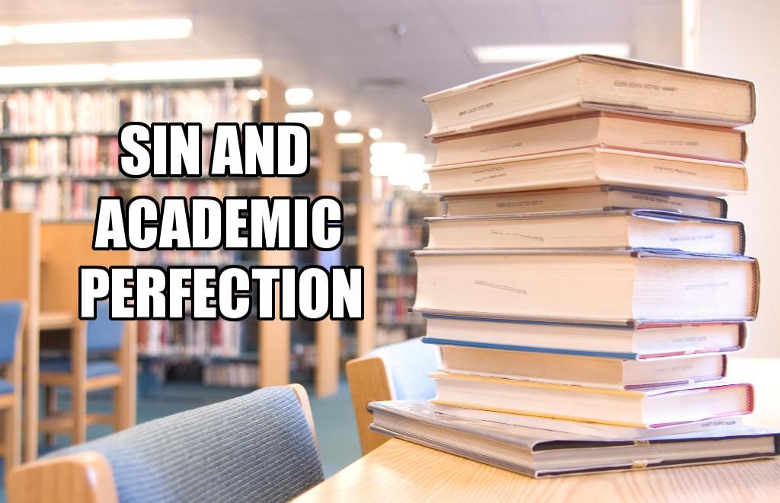 My mother maintained that she never received a grade below an A until working on her Ph.D.  Then — she told us — she received one B+ and it was the highest grade in the class.

That perfect academic record is the standard to which my brother and I were rigidly held. I almost made it. I graduated from high school with close to a 4.0, though I was neither the valedictorian nor the salutatorian.  I went to Stanford University, earned admission to Phi Beta Kappa as a junior and graduated “With Distinction”. But I was so paranoid about achieving a less than perfect record that — free from my mother’s control —  I avoided my grades.

Back then, Stanford had a policy of not mailing grades to parents or students. If you wanted to know your grades, you had to physically retrieve them from an office. The coursework was hard. The competition intense. Everyone seemed to have a 4.0 or higher. I was competing against the best and the brightest, and I knew I would not come out on top of that heap.

But my mother would ask. In fact, about the only thing she asked about my college career was “how are your grades?”  I could truthfully answer: “I have no idea, they notify me if I fail anything,  No notifications — yet.”  It drove her crazy.

By my third year, she stopped asking and I decided it was safe to pick up my grades. I did earn a couple Bs along the way, but I didn’t tell her. I just mentioned that Phi Beta Kappa thing. She didn’t make time in her schedule to attend the induction ceremony where I officially signed the Phi Beta Kappa book and got my key.

After my mother died, my father found her college transcripts as he was cleaning out her office. Not only did she have several B’s, she had numerous C’s, D’s and even an F or two!  None of us ever knew the truth. The standard to which she held her children was higher than she reached. I took some satisfaction in learning I’d beaten her at her own grade game. But the satisfaction was small and fleeting. All through my academic career I rubbed shoulders with people smarter than I.  The standard was always higher than I could reach, no matter how high I made it or how I hard I tried.

We like to maintain the facade that “any grade below an A is the highest in the class” and therefore good enough.

If I maintain the facade of middle-class morality — at least in public — someone somewhere looks worse on the outside than I do.   I can always point to someone down the chain and say: “I’m not as bad as him;” “I never did what she did;” “At least I haven’t — fill in the blank.”

The problem is it doesn’t matter.

Sin is sin. Everything below an A is still not an A. God does not grade on a curve.

But He does forgive.

And you were dead in your trespasses and sins, in which you formerly walked according to the course of this world, according to the prince of the power of the air, of the spirit that is now working in the sons of disobedience.   Among them we too all formerly lived in the lusts of our flesh, indulging the desires of the flesh and of the mind, and were by nature children of wrath, even as the rest.  But God, being rich in mercy, because of His great love with which He loved us, even when we were dead in our transgressions, made us alive together with Christ (by grace you have been saved),  and raised us up with Him, and seated us with Him in the heavenly places in Christ Jesus, so that in the ages to come He might show the surpassing riches of His grace in kindness toward us in Christ Jesus. For by grace you have been saved through faith; and that not of yourselves, it is the gift of God; not as a result of works, so that no one may boast.  For we are His workmanship, created in Christ Jesus for good works, which God prepared beforehand so that we would walk in them.  – Ephesians 2:1-10

For more on this topic, please listen to the podcast.