You are here: Home / Topics / Theology / The Vow of Jephthah 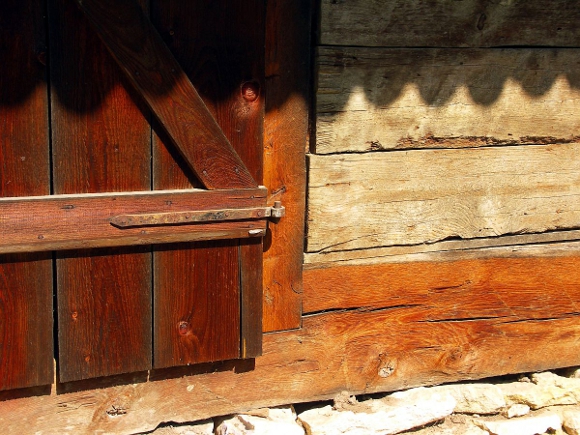 What did Jephthah expect to see when he returned home?

Jephthah vowed to sacrifice the first thing out of his door if God granted him victory in war (Judges 11). What did Jephthah expect to see when he returned home? Knowing the structure of the typical village home gives us the answer.

In Jesus Through Middle Eastern Eyes, Kenneth Bailey demonstrates that the typical village home had two rooms: the family living quarters and the stable.  The stable was lower than living quarters, next to the door, and housed the family animals overnight for warmth and safety.  Those more well-off might also have a room exclusively for guests on the other end of the house or on the roof, known as the “upper room” or “prophet’s chamber.”

The family animals were brought inside each night for warmth and to keep them safe from predators and thieves.  In the morning the family cow, donkey and few sheep would be released back into the family courtyard and the family stable would be cleaned for the day.

Which brings us to Jephthah.  On his way to war against the king of Ammon, Jephthah made a rash vow:  If God will grant him victory in battle, upon his return home he will sacrifice the first thing that comes out of his house.

What did Jephthah expect to see when he returned home?  Knowing the style of the typical homes tells us that he probably expected to arrive in the early morning when the family animals would leave the house after their nightly confinement.  His vow — though rash — is not barbaric.  If his home provided shelter only for humans, it is likely he would never have made this vow.  We should assume he was horrified to see his daughter exit the house first.  Indeed he reacts with extreme anguish, as if it never crossed his mind that a family member would be first out the door.

When Jephthah came to his house at Mizpah, behold, his daughter was coming out to meet him with tambourines and with dancing. Now she was his one and only child; besides her he had no son or daughter.  When he saw her, he tore his clothes and said, “Alas, my daughter! You have brought me very low, and you are among those who trouble me; for I have given my word to the LORD, and I cannot take it back.”  Judges 11:343-35

To vow or not to vow?

The story is tragic in part because he expected an animal, but also because his vow reveals his lack of faith in God.

Jephthah will only give the Lord his devotion if the Lord delivers him on his terms. Rather than humbly trust the Lord, Jephthah attempts to manipulate Him, as if the God of Abraham is simply another pagan god or a cosmic vending machine that produces the proper “candy” when we offer the proper “coin.”

Granted, many people start their journey of faith by promising to do something for God if He does something for them.   In many cases, like Jephthah, it appears that God answers their prayers.  Fortunately for us, our merciful God tends to meet us where we are.

However, as we grow in faith and knowledge, we should move beyond “tit for tat” prayers.  At some point, condition-based vows cease being a step of exploratory faith and become manipulation. As our faith matures, eventually we should cease our efforts to control the future and begin trusting God for it.