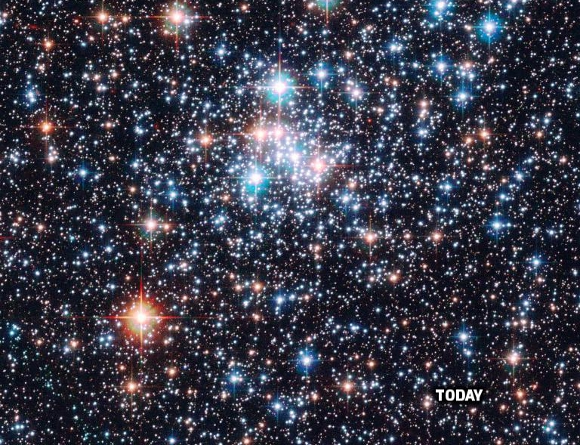 Have you ever seen those maps of the stars of the universe? The ones taken from space where there is no man-made light, so you can actually see the billions of stars?

First, these photos impress you with the vastness of the universe and the number of stars is beyond counting. Then they label one tiny pinpoint in the star array: “you are here”, in order to make you feel insignificant and irrelevant.

In 1 Peter 2:1-10, the Apostle Peter does the opposite of that star picture. He reminds us that God will establish his plan through and by the work of Jesus Christ, and you are part of it, if you believe in Jesus.

1So put away all malice and all deceit and hypocrisy and envy and all slander.  2Like newborn infants, long for the pure spiritual milk, that by it you may grow up into salvation– 3if indeed you have tasted that the Lord is good.  4As you come to him, a living stone rejected by men but in the sight of God chosen and precious, 5you yourselves like living stones are being built up as a spiritual house, to be a holy priesthood, to offer spiritual sacrifices acceptable to God through Jesus Christ.  6For it stands in Scripture: “Behold, I am laying in Zion a stone, a cornerstone chosen and precious, and whoever believes in him will not be put to shame.”  7So the honor is for you who believe, but for those who do not believe, “The stone that the builders rejected has become the cornerstone,”  8and “A stone of stumbling, and a rock of offense.” They stumble because they disobey the word, as they were destined to do.  9But you are a chosen race, a royal priesthood, a holy nation, a people for his own possession, that you may proclaim the excellencies of him who called you out of darkness into his marvelous light. 10Once you were not a people, but now you are God’s people; once you had not received mercy, but now you have received mercy.  – 1 Peter 2:1-20 ESV

You are a living stone

In this short span Peter refers to three different Old Testament passages to make the point that Jesus is the metaphorical cornerstone for a new temple which includes you. But this temple is not another physical building.  It is the people of God under the lordship of Christ. Since Christ is a “living cornerstone,” we are “living stones” built on the foundation of the gospel, called to serve God as a holy nation and to represent God to the rest of the world.

God’s building plan and redemptive purpose for His people began thousands of years ago.  It revolves around the work of Jesus Christ and by believing in him, you find a place as a part of His people.

While this may sound like an abstract theological metaphor, it is a life-changing truth.

What’s the first thing we think when life gets hard and trials hit us like a hurricane? Something like this: “God doesn’t love me anymore. God doesn’t care. God’s not listening to me. God has forgotten me. I’m nobody in his eyes. Why should he care what happens to me?”

That’s precisely the kind of thinking that Peter wants to change. He’s insisting: you are not nobody; you are part of the people of God. God does care for you; He planned for you from the beginning of time.

You are a block in the building that begun required a very, costly sacrifice: the death of son Jesus on the cross. And He paid that price for you.

Built on the Cornerstone that will stand

That ought to give us confidence. What God has said will come to pass ‘way back when’ through Isaiah has in fact happened. What God has promised, He has delivered, just like He will keep the rest of his promises.

But the cornerstone will stand.

The cornerstone is the foundation upon which you can surely stand. It is the one place of absolute security, nothing will destroy it; nothing will move it. And if you stand on it, you will be established as part of the people of God.

God has not forgotten or abandoned you. He is building you into His people, strengthening your faith and marking you as His child.

Today is a fleeting moment

When the circumstances and trials of today seem too overwhelming to face, remember there is more than today. Today is a fleeting moment in comparison to our inheritance in the kingdom of heaven.

Today is that tiny pinpoint of star light on the canvas of the universe.  But you are part of that canvas that God is painting, the temple He is building. All that He has promised will be yours — you only have to believe.