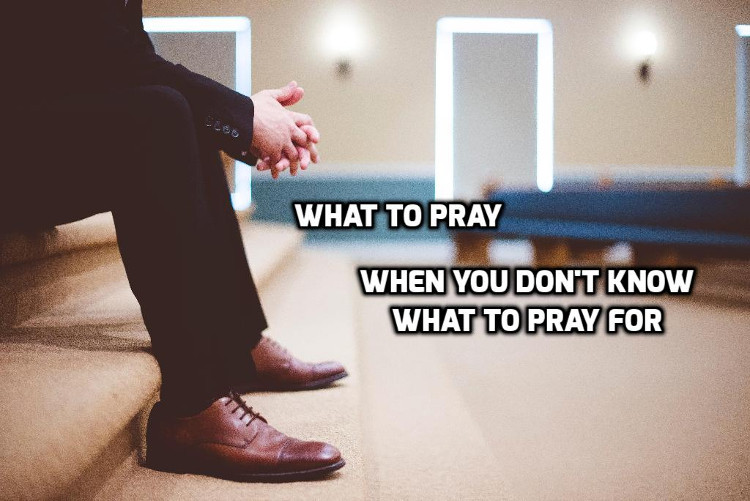 When my daughter was little she loved the Disney stories of Jasmine and Aladdin.  We were particularly enthralled by the idea of a genie who offers three wishes to some lucky victim of fate.  We had many conversations about what would we wish for, ranging from the politically correct to the entirely frivolous.

As Christians, in many ways we approach God in prayer as if He were a big blue genie.  Contrast the “prayer as wish-fulfillment” idea with the Apostle Paul’s prayer in Ephesians 1.

I pray that the eyes of your heart may be enlightened, so that you will know what is the hope of His calling, what are the riches of the glory of His inheritance in the saints, and what is the surpassing greatness of His power toward us who believe.– Ephesians 1:18-19

Even though believers in 1st Century Ephesus were facing very difficult circumstances, Paul does not pray for their struggles.  He does not say, “I’m praying for you because I know life is tough and you’re having trouble making a living. ”  Rather,  he reminds them of the overwhelming blessings God gave believers in Christ (1:1-14),  and then he prays that they would fully comprehend those blessings.

Typically our prayers are “three wishes” for:

The Ephesian church could certainly have prayed this kind of request.  Their lives were rough, as they were persecuted for their faith and many jobs were closed to them.  But Paul doesn’t pray for those things for them.  Instead he prays for spiritual wisdom and knowledge.  He prays that they would fully comprehend their identity as followers of Jesus.

To our ears that sounds theological and impractical.   But the spiritual understanding Paul prays for is more practical and immediately important than anything else we could pray for.  (I’m not saying we should never pray for specifics or particulars we’re worried about.  I’m suggesting there are often more important issues at stake that the cares of this world.)

In this phrase “having the eyes of your heart enlightened,” Paul is praying for knowledge that is deeper than intellectual content. He prays that the Ephesians would embrace an understanding which would set their hearts on fire and change their lives from the inside out.

Look at the three things Paul prays they would fully comprehend:

Not only does Paul want us to understand the hope we have before us (the beginnings of faith) and how incredibly valuable being made holy is (the end of faith), he also wants us to grasp how capable God is of delivering on His promises (the middle journey of faith).   His power is more than sufficient.  He has promised the call and the inheritance and He is capable of fulfilling that promise.

God has promised an inheritance beyond our wildest dreams and better than the desires of earthly existence and He is able to do exceedingly, abundantly more than all that we ask or think.  Much better than a genie could.

Next time life knocks you flat and it’s so hard that you don’t even know what to pray for,  pray “for the eyes of your heart to be enlightened.”

For this reason I too, having heard of the faith in the Lord Jesus which exists among you and your love for all the saints, do not cease giving thanks for you, while making mention of you in my prayers; that the God of our Lord Jesus Christ, the Father of glory, may give to you a spirit of wisdom and of revelation in the knowledge of Him. I pray that the eyes of your heart may be enlightened, so that you will know what is the hope of His calling, what are the riches of the glory of His inheritance in the saints, and what is the surpassing greatness of His power toward us who believe. These are in accordance with the working of the strength of His might which He brought about in Christ, when He raised Him from the dead and seated Him at His right hand in the heavenly places, far above all rule and authority and power and dominion, and every name that is named, not only in this age but also in the one to come. And He put all things in subjection under His feet, and gave Him as head over all things to the church, which is His body, the fullness of Him who fills all in all. – Ephesians 1:15-23

Part of the series: Ephesians: Our New Life in Christ

Photo by Ben White on Unsplash
(This article has been read 332 times plus 1 today.)