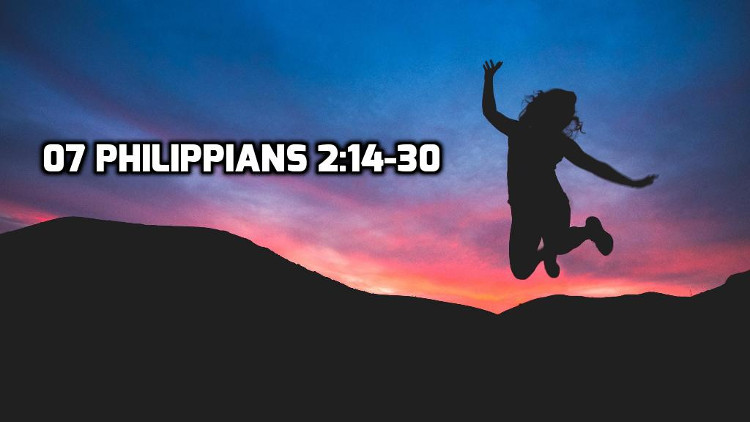 Paul concludes this first section of the body of the letter by again encouraging them to persevere in the faith and telling them of 3 ways he hopes to communicate with them.

Paul is imprisoned in Rome around 60-62 AD, waiting to see whether he will be released or executed.  The Philippians church has generously sent him financial support.  Paul is writing this letter to thank them and send them news.

Paul had 3 purposes in writing this letter

In chapter 1, he expressed his gratitude for their faith that led them to support him financially and he told them he is praying for their spiritual health. He prayed that they would have a genuine faith that manifests itself in wisdom which leads them to love one another and that they would persevere in this faith until the end. In spite of his circumstances, he rejoiced that the gospel was progressing even though he was not free to proclaim it himself.

In this letter he has been encouraging them to extend self-sacrificing love and patience to each other.  They are to flee rivalry and conceit, and consider the needs of others as more significant than their own interests.  They are to have unity around their shared belief in the gospel, as they strive to embrace the gospel that will lead them to have one mind.  He wants their common hope and faith to bring them together in spite of the many ways they might disagree.

He encouraged them to should work out their salvation with fear and trembling.  Paul is not simply urging them to be nicer and behave better.  He’s confronting them with the issue that embracing their salvation has implications for how they live and conduct themselves.

14Do all things without grumbling or questioning,  15that you may be blameless and innocent, children of God without blemish in the midst of a crooked and twisted generation, among whom you shine as lights in the world,  16holding fast to the word of life, so that in the day of Christ I may be proud that I did not run in vain or labor in vain.  17Even if I am to be poured out as a drink offering upon the sacrificial offering of your faith, I am glad and rejoice with you all.  18Likewise you also should be glad and rejoice with me.  – Philippians 2:14-18 ESV
19I hope in the Lord Jesus to send Timothy to you soon, so that I too may be cheered by news of you.  20For I have no one like him, who will be genuinely concerned for your welfare.  21For they all seek their own interests, not those of Jesus Christ.  22But you know Timothy’s proven worth, how as a son with a father he has served with me in the gospel.  23I hope therefore to send him just as soon as I see how it will go with me,  24and I trust in the Lord that shortly I myself will come also.  25I have thought it necessary to send to you Epaphroditus my brother and fellow worker and fellow soldier, and your messenger and minister to my need,  26for he has been longing for you all and has been distressed because you heard that he was ill.  27Indeed he was ill, near to death. But God had mercy on him, and not only on him but on me also, lest I should have sorrow upon sorrow.  28I am the more eager to send him, therefore, that you may rejoice at seeing him again, and that I may be less anxious.  29So receive him in the Lord with all joy, and honor such men,  30for he nearly died for the work of Christ, risking his life to complete what was lacking in your service to me. – Philippians 2:19-30 ESV

Paul hopes to communicate with the Philippians 3 different ways.

Scripture references are from the English Standard version.

Photo by Austin Schmid on Unsplash