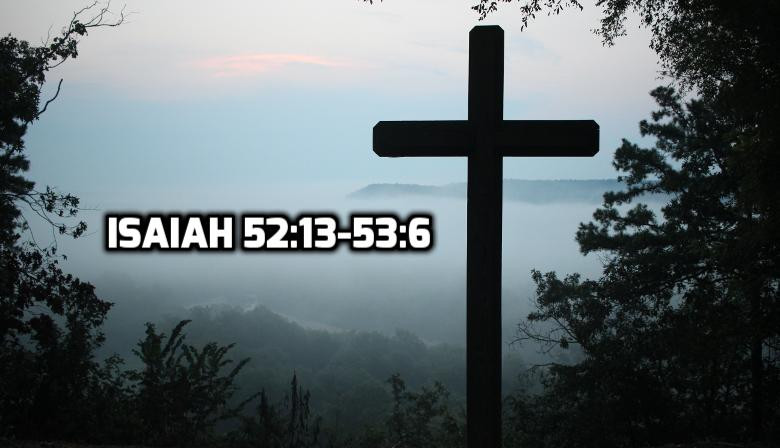 Isaiah describes the work of the Servant and how his work will be received by the Lord, by the nations and by Israel.

52:13 Behold, My servant will prosper,
He will be high and lifted up and greatly exalted.
14 Just as many were astonished at you, My people,
So His appearance was marred more than any man
And His form more than the sons of men.
15Thus He will sprinkle [startle] many nations,
Kings will shut their mouths on account of Him;
For what had not been told them they will see,
And what they had not heard they will understand. – Isaiah 52:13-15 NASB

53:1 Who has believed our message?
And to whom has the arm of the LORD been revealed?
2For He grew up before Him like a tender shoot,
And like a root out of parched ground;
He has no stately form or majesty
That we should look upon Him,
Nor appearance that we should be attracted to Him.
3He was despised and forsaken of men,
A man of sorrows and acquainted with grief;
And like one from whom men hide their face He was despised,
and we did not esteem Him.- Isaiah 53:1-3 NASB

4 Surely our griefs He Himself bore,
And our sorrows He carried;
Yet we ourselves esteemed Him stricken,
Smitten of God, and afflicted.
5But He was pierced through for our transgressions,
He was crushed for our iniquities;
The chastening for our well-being fell upon Him,
And by His scourging we are healed.
6All of us like sheep have gone astray,
Each of us has turned to his own way;
But the LORD has caused the iniquity of us all To fall on Him. – Isaiah 53:4-6 NASB

Photo by Jacob Meyer on Unsplash
(This article has been read 405 times plus 1 today.)